Summer and holiday travel has always been something to test the patience of all kinds of travelers, be it families, individuals, or frequent flyers for whom travel is a common occurrence, but this year it’s especially bad.

Statistics compiled through tracking websites such as FlightAware show that some airports now have a delay statistic that lists more than half of all flights taking off outside their scheduled departure time.

In addition to these numbers, there are also large amounts of cancellations that further impact travelers as those affected aren’t just delayed but require a completely new routing, and that usually adds hours if not a full day (worst case) to the travel time.

According to FlightAware these are the worst offenders of this summer’s travel disaster based on search data from May 26 to July 19.

Airports with the greatest percentage of flights delayed:

Toronto ranks number one on the list of shame, with over half of all flights leaving late – 52.5%! This is a horrible performance, and when one sees the images that made the news in the past months, it’s easy to imagine how these delays play out, considering endless lines at check-in, security, and immigration.

But other airports aren’t far behind. Frankfurt Airport has become another national disgrace of German efficiency with 45.4% delays, followed by Paris Charles de Gaulle with 43.2%.

YES – Toronto and Frankfurt have managed to surpass the perceptively worst airport in the world in delays and chaos, congratulations. 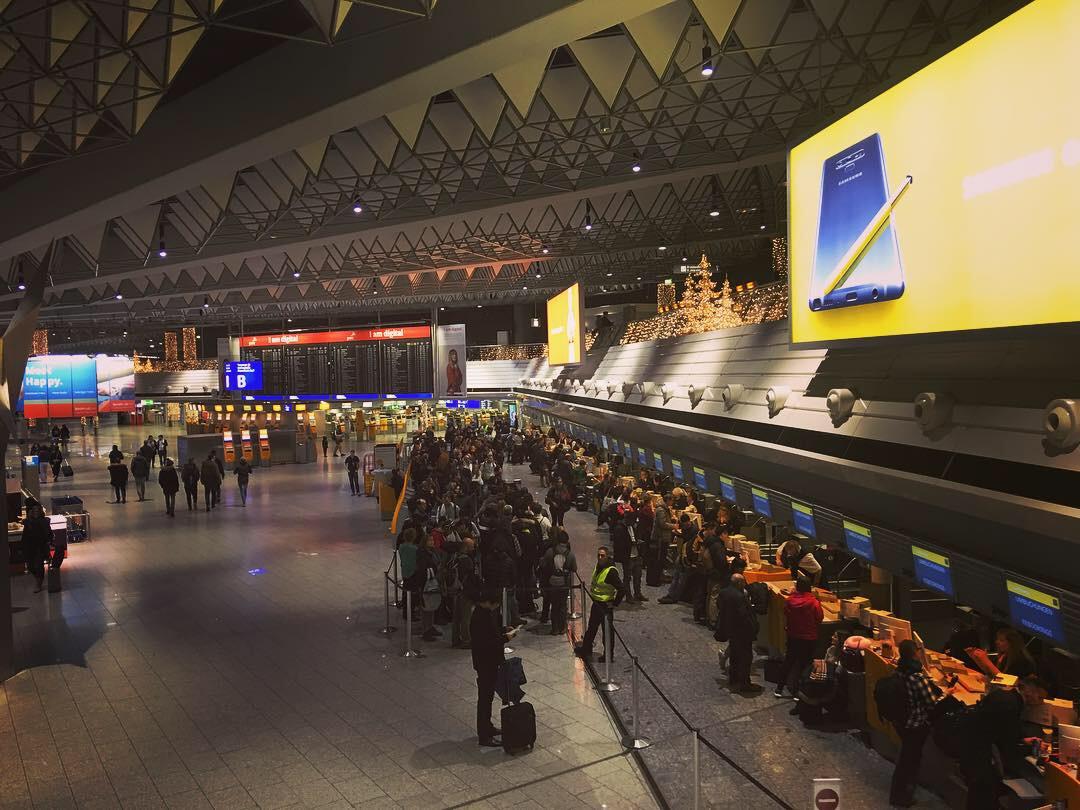 It doesn’t get much better for the remainder of the summer as staff shortages plague European airports on all fronts. Heathrow and Amsterdam mandated curbs and forced airlines to cut back on flights.

Amsterdam is also fighting technical issues of its baggage delivery and distribution system. Frankfurt has capitulated and gone as low as asking passengers to stop traveling with black suitcases as they get lost in the masses of left-behind bags.

Crazy: Frankfurt Airport Begs Passengers Not To Check In Any More Black Suitcases

It’s hard to see an end to this anytime soon. Maybe if we’re lucky, by the end of the summer when the peak travel demand goes down a little. Until then, lots of patience is required as well as some savvyness when it comes to dealing with travel interruptions.

The infrastructure doesn’t have much capacity to improve unless there are enough humans to support it and instead of apology email that flood in every day en masse, maybe it’s time for some personal responsibility and accountability on part of these CEO’s who caused this mess!?

Airport delays have been rampant this year, and the statistics are anything but flattering for the worst airports of the pack, some of which feature nearly half of their flights being classified as delays.

Most of these issues are homemade as lots of staff were let go during the pandemic, and now airports are struggling to hire back staff that is permitted to work in secure areas, which usually requires a background check that can take a lot of time to be completed.

Yet the responsible management and politicians want to blame everyone else, from travelers who “aren’t used to travel anymore and slow down the process” to the airlines who were accused of selling too many tickets. I’m sure the airports still levy the full departure and handling fees, so why wouldn’t an airline do what’s right for their business?