Water under the bridge? Signs for Adele’s failed residency are pulled from Caesars Palace in Las Vegas – as it’s claimed her shows will finally take place at a much larger Sin City venue in November

By Ruth Bashinsky For Dailymail.Com

The signage for Adele’s failed Las Vegas residency has been stripped from the iconic Caesars Palace as she relocates to an even larger venue: Planet Hollywood Las Vegas’ Zappos Theater.

The new theater can accommodate 7,000 fans while Caesars Palace Colosseum seats 4,100, which, some say, wasn’t up to snuff for the British superstar.

Adele will reportedly open her much-anticipated Las Vegas residency in November this year.

The 34-year-old superstar had been set to open her Weekends with Adele show at The Colosseum at Caesars Palace back in January but cancelled at the last minute.

It is claimed her show will now run from November 18 until February 24, according to new information said to have been leaked by Ticketmaster in the US.

A source told The Sun: ‘The buzz is that we are gearing up for a ­booking announcement before the end of the month.

‘It will be a huge relief once the dates are re-booked. They took the decision to wait until Adele was ready, but it’s been nerve-racking because no one expected the wait to be as long as it has been.’

The Zappos Theater is the same venue where Britney Spears performed during her four-year ‘Piece of Me’ residency, Casino.org reported.

Other stars who have entertained at the popular venue includes: Jennifer Lopez, Pitbull, Gwen Stefani and Lionel Richie.

Both venues are owned by Caesars Entertainment.

All signage for Adele has been abruptly taken down as her failed residency is officially pulled from Caesars Palace in Las Vegas. A frame where the singer’s image used to be is now empty 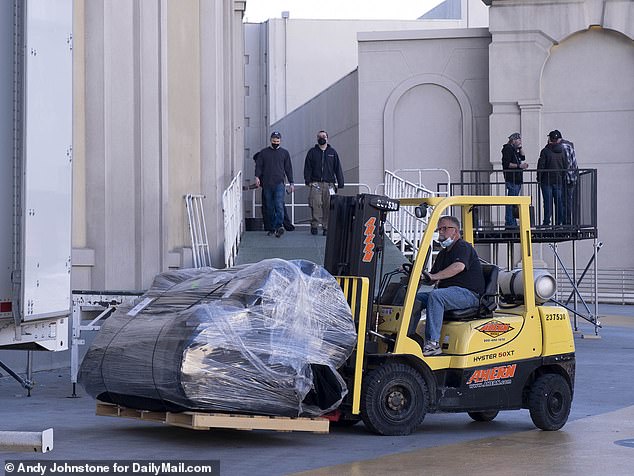 The last of Adele’s stage props are packed into trucks after the English singer canceled her residency at the Colosseum, Caesars Palace, Las Vegas 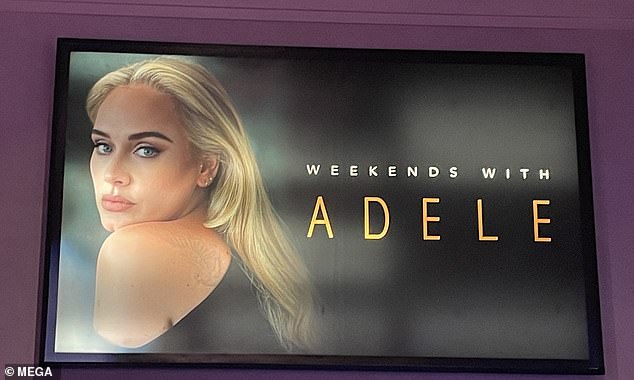 The signage for Adele has been stripped from the iconic Caesars Palace in Las Vegas as she relocates to an even larger venue, Planet Hollywood’s Zappos Theater

The new move comes months after the singer apologized to fans in an emotional video for the last-minute postponement of her show, ‘Weekends with Adele,’ scheduled to begin at the Colosseum in January.

‘I’m so sorry, but my show ain’t ready. We’ve tried absolutely everything that we can to put it together in time and for it to be good enough for you,’ Adele said at the time.

She partially blamed COVID as the reason for the sudden cancelation, despite many loyal fans doling out thousands on travel, hotel accommodations and tickets to see her perform.

At the time, Adele said she was ‘really embarrassed, and so, so sorry to everyone who traveled here.’

The singer reportedly set to earn $2 million per show for her Colosseum engagements, it is not known what Adele will earn for her Planet Hollywood residence. 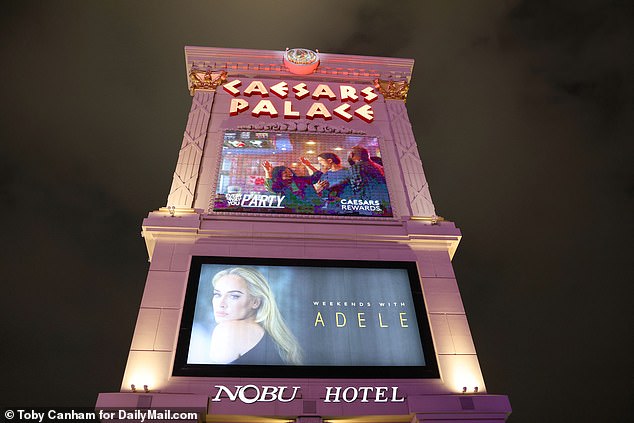 Adele fans sit on the steps of the Colosseum in Caesars Palace, Las Vegas on the night her show was supposed to open 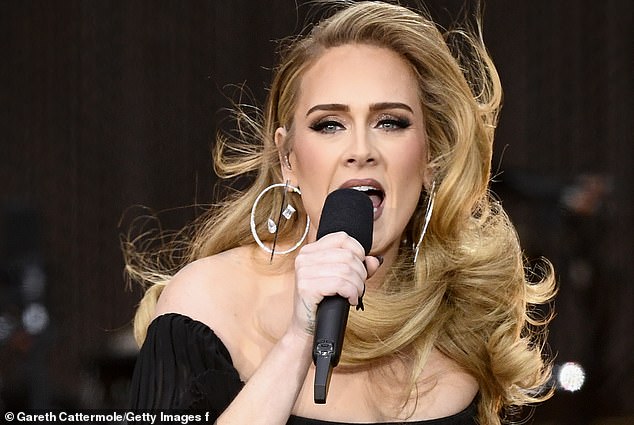