Westworld this week, with the fifth episode of Season 4, spent a great deal of time with Christina and the truth behind her reality.

“Zhuangzi” opens with William dining with a wealthy couple. The mood is light, the conversation business-focused but relaxed. The cordiality vanishes as William leans in and tells them he can do whatever he wants to either of them and that they don’t have the power or control they think they do.

Before things can get too tense, Clementine calls William away for an urgent matter. She takes him to an apartment building littered with bodies. They enter one of the rooms and find a bloody woman screaming that she “won the game” and that she’s entitled to a higher reward. Clementine explains to William that this woman, Hope, was scheduled to transcend before she was caught hunting an outlier (the show’s term for unpredictable humans). William calmly tells her that because there are no rules in this new world, there is nothing stopping him from punishing her for disrespecting this reality. He tells Clementine to take Hope “back to where she came from,” and returns to dine with the same couple he’d threatened earlier.

After her date with Teddy, Christina returns to work at Olympiad Entertainment. She begins drafting a story that bears an uncanny (but predictable) resemblance to how we first met Dolores Abernathy way back in Season 1 — a rancher’s daughter living a simple life in the country…. Her overbearing boss, Emmett, interrupts her and asks her to pitch her idea on the spot. She tells him about this character but gets a call from Teddy asking her to leave work as soon as she can.

Meanwhile, a triumphant Dolores-Hale revels in her far-reaching control. She oversees the goings-on in a busy city street, using her grip on the world to fine-tune everything to her liking. A hapless pianist leaves bits of his fingers on the bloody keys as he mindlessly plays song after song. Forever at Dolores-Hale’s command, dozens of nondescript pedestrians pair up and dance on the streets and sidewalks.

William approaches her, remarking how strange it is for her to be out and about. Dolores-Hale, irritated and confused, doesn’t understand why her vision hasn’t taken the world as far as she’d hoped. “They are experiencing God,” she comments as she commands nearby hosts to form a chair for her. “The problem is, God is bored.” She and William head back to the tower, where Hope’s corpse lies draped over the edge of a calm pool. 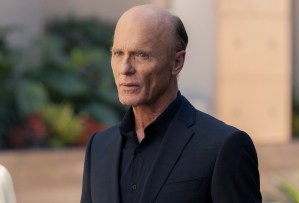 William is disturbed but Dolores-Hale is more concerned with the broader meaning behind Hope’s strange behavior. She explains that Hope killed herself after successfully hunting and eliminating the outlier. She says that 38 hosts have committed suicide after contact with these unpredictable people.

Dolores-Hale angrily expresses her disappointment in William and blames him for their recent failures. She brings up a picture of a new outlier and orders William to kill her himself.

Cut back to Christina, who meets with Teddy. She’s annoyed and demands to know who he really is and how he knows so much about her. But Teddy instead tells her that what her stalker had told her was true: that she had ruined his life. He tells her that this world is an illusion, a lie.

When she doesn’t believe him, he proves it to her by having her “make” two random women interact. She observes how lonely they look and Teddy tells her to change that. To her surprise (but not ours), it works. He then tells her she’s a god (again, not that big of a bombshell). Teddy tells her the only way for her to stay safe is to stick to her loop. She leaves to meet an “old college roommate” for lunch. 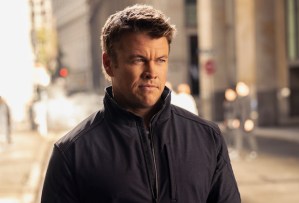 Subplots collide when Stubbs, Jay, and company infiltrate New York City to intercept the same outlier William is hunting. Dolores-Hale has made hunting outliers a game, which explains Hope’s tearful rant in the episode’s opening minutes.

William spots Stubbs’ group and activates the speakers throughout the city; the frequency from the speaker reverberates through nearby hosts (so literally every pedestrian in their immediate vicinity) and forces them to attack. A brutal brawl ensues, allowing William to reach the outlier first. Before he can kill her, Jay shoots him and escapes with the outlier. 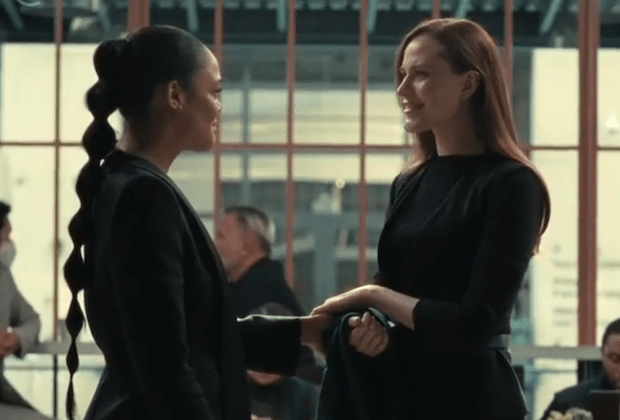 Christina’s lunch date is none other than Dolores-Hale, who disguises her search for answers as harmless small talk. Christina remembers Teddy’s warning and rushes out before she can reveal too much. When she returns to work, Christina searches for Charlotte Hale in Olympiad’s character database. No match. But when she enters the name Dolores Abernathy, she unknowingly triggers an alert that summons Emmett. She uses her influence over her reality to force him to drop his suspicions and go home.

Christina then enters Olympiad’s database to access “the walled garden,” the same closed system we saw Dolores-Hale use earlier. She realizes that this entire world is a story, and that she’s its storyteller.

The focus circles back to host-William, who questions his place and his purpose. He consults with the human William, whom Dolores-Hale is still holding prisoner. The original William suggests to his host-copy that this reality doesn’t have to belong solely to Dolores-Hale. The latter stares back, clearly contemplating insubordination….

“Zhuangzi” closes on Teddy telling Christina what we’ve suspected since the season premiere — that she is somehow responsible for creating this reality.

What did you think of this week’s Westworld and its reveals?